Does The Metaverse Really Matter To Energy? If you’ve been keeping tabs on Meta (formerly Facebook), you’ve likely seen that the company is working to build a metaverse in conglomeration with other tech behemoths like Apple, Nvidia, and Microsoft. But despite its being a buzzword, the meaning of “metaverse” remains nebulous — and so do its implications for the energy sector.

What Is The Metaverse, Exactly?

Back in 1992, science fiction author Neal Stephenson published the novel “Snow Crash,” a zany cyberpunk parody that detailed life in 21st century Los Angeles post-economic collapse. Stephenson probably didn’t realize at the time that his book would propel him into literary stardom; “Snow Crash” was well-received by critics and appeared in Time’s list of 100 all-time best English-language novels written since 1923. He also didn’t know that by detailing a fictional concept known as the metaverse, he’d created a concept that would become a trending buzzword as soon as 2021.

In essence, the metaverse will be “a set of virtual spaces where you can create and explore with other people who aren’t in the same physical space as you,” per Meta. It will rely heavily on 3D, augmented reality, virtual reality, and artificial intelligence technologies to allow users to congregate in digital format (i.e. in avatar form) and perform complex interactions, like going clothes shopping and attending concerts. Though implementation is still a long way off (we’ll need about 1,000x more computing power before it becomes a possibility), the promise of the metaverse is generating significant excitement in the business and technology spheres. After all, it has the potential to fundamentally change the way we live and do business.

So what does that mean for the energy sector?

Why The Metaverse Will Matter To Energy

The metaverse won’t exist in real, physical space — but it will certainly rely on real energy to work.

The technologies that are making the metaverse possible aren’t exactly energy efficient. Take generative artificial intelligence, for example. Datacenter processing, especially for AI workloads, will be critical to the functioning of the metaverse — and according to the International Energy Agency, data centers consume approximately 200 terawatt-hours (TWh) of electricity, or nearly 1% of global electricity demand. Nvidia’s StyleGAN3, an AI tool that can be used to generate portraits of people that don’t exist, is reported to consume around the same amount of energy as tens of thousands of U.S. homes, about 225 megawatts.

Utilities and energy providers will need to adjust their demand and load as the use of these technologies becomes more frequent in the coming years. Moreover, companies will need to reassess exactly what kind of — and how much — electricity they consume to create the metaverse altogether. 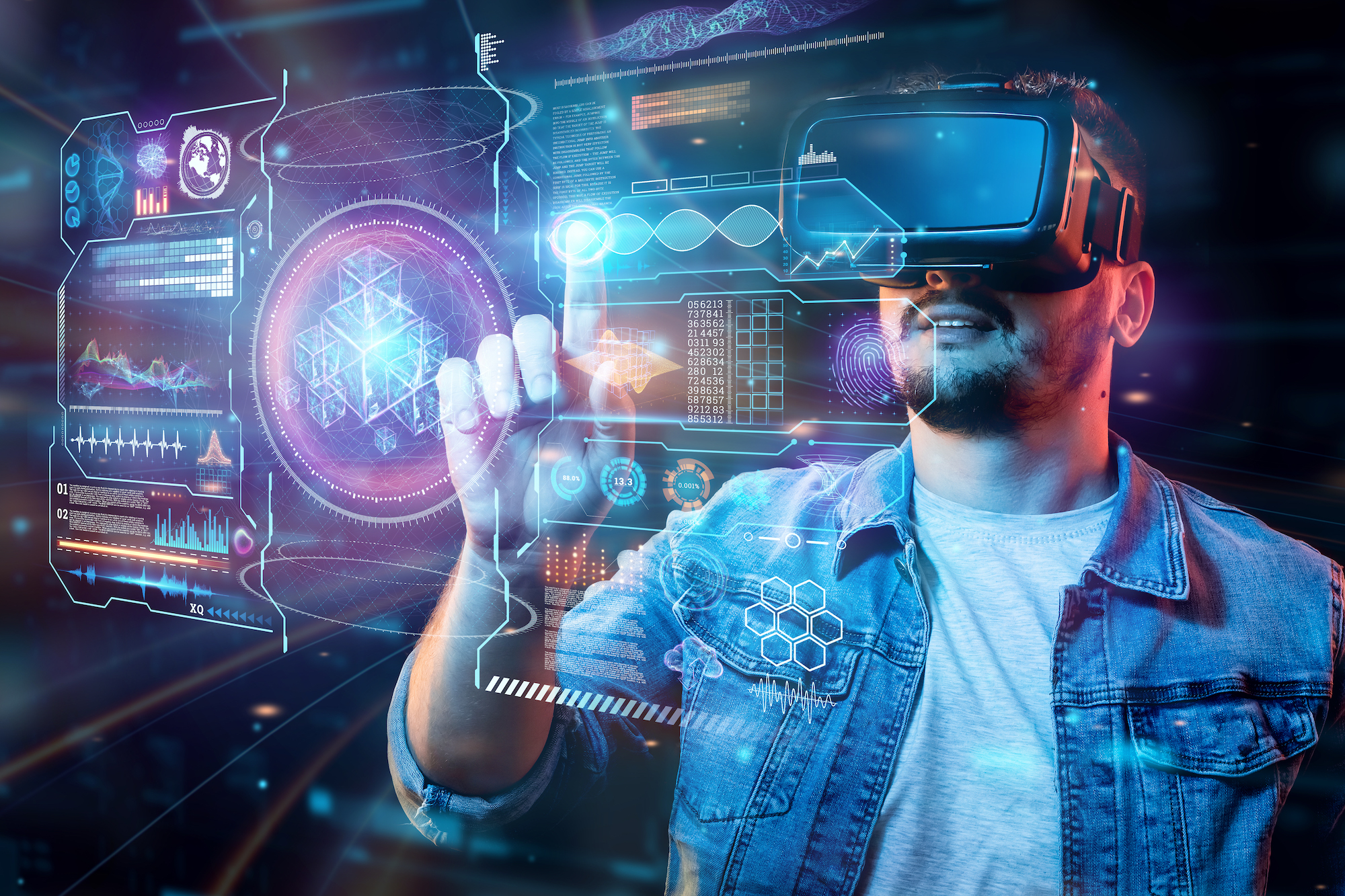 Yes, You Can Teach An Old Dog New Tricks

The metaverse is a fairly new endeavor, but the technologies used to build it — like artificial intelligence, virtual reality, and augmented reality — aren’t. And those technologies are no strangers to the energy industry, either.

Take digital twin technology, for example. A digital twin is a virtual model that accurately reflects a physical object. When something about the tangible object changes, so does the digital twin.

Let’s say you’re looking at a wind turbine. Should something change on the physical turbine, such as energy output or weather conditions, the digital twin will also reflect that change.

How do tools like digital twins and the metaverse relate? They’re both composed of the same building blocks, the aforementioned technologies — AI, VR, and AR. As companies like Google and Meta make strides in metaverse technology, there’s a possibility that those same technological advancements could carry over to digital twin applications.

Energy is making its own technological leaps and bounds, but the creation of the metaverse just may accelerate its progress.

The metaverse promises exciting new opportunities and challenges not only for business and technology, but for energy as well. Companies like Google and Meta may be dominating the spotlight for now, but the energy industry is well-positioned to make its own mark in humanity’s next incredible frontier.